ARPU can be used to calculate how much revenue an average user, or unit, is generating for your business. It can be a useful metric for helping your SaaS business to analyse growth patterns and to help plan what future strategies and actions you need to set.

What is ARPU and What Does ARPU Stand For?

ARPU stands for Average Revenue Per User. You may also see an ARPU definition given as Average Revenue Per Unit, depending on the business and the products and services sold. It is measured over a specific time period and is used to look at how much revenue your subscriptions generate. As such, typically SaaS businesses will look at ARPU either expressed as a monthly or as an annual figure and will work in terms of “Per User” rather than “Per Unit”.

From a SaaS perspective, analysing ARPU can be an effective means of reviewing the success of different marketing campaigns and promotions.

For example, you could run a campaign where you offer some customers an extended free trial followed by users then paying the full price, and where you offer others a price reduction. You could then analyse this in terms of long-term ARPU to see which promotion is most effective in helping you generate long-term revenue.

If your SaaS service is available with several different subscription tiers, ARPU can also be a simplified means of getting an overview of your business and which tiers you need to potentially add more users to.

How to Calculate ARPU

Calculating ARPU is simple to do. You can use our ARPU calculator at the top of this page if you have the numbers on hand now or use the calculation below to work it out yourself.

Although working in a SaaS context you will be looking at Average Revenue Per User rather than Per Unit, we will provide ARPU formulas and example calculations for both.

In the example above, we can see from our ARPU calculation that our hypothetical SaaS business is achieving $41.66 ARPU per month.

Remember that when calculating your total revenue, you will be including all subscribers across different tiers. If you have numerous revenue streams, you may want to isolate revenue from SaaS subscriptions in order to get a true picture of how this part of your business is performing.

If you sell products or services on a one-off basis, then you might calculate both of these alongside each other, but if you exclusively make your revenues from subscriptions then you’ll always use the Per User model.

Why is ARPU Important as a Business Metric?

ARPU can be used as a predictive model, and as such it can also be used to benchmark against other business metrics such as customer acquisition cost (CAC) and customer lifetime value (CLTV).

For example, if you know that your monthly ARPU is $41.66 and that your average customer subscribes for 16 months, you know your CLTV is, on average, $666.56. You can then deduct your CAC from that number to work out how profitable you are, per subscription sold.

In addition to using ARPU as a predictive model for business forecasting and benchmarking, it can also be useful in several other ways, which we will briefly look at now.

While you won’t know too much about your competitors’ CAC, CLTV, or other internal and operational factors that may influence their profitability, you will be able to get an idea of their ARPU.

If you have a competitor offering an alternative SaaS solution to yours in your niche, go to their website and see what they’re selling their subscriptions for. This is a very “quick and dirty” way to make a comparison, but if they’re offering an equivalent service at a different price, you can make a judgment as to whether you may need to lower your price to be more competitive, or whether you can increase your price to improve your ARPU without worrying customers will defect to your competitor.

While CLTV and CAC will be most useful in planning your future customer acquisition activities, you could also use ARPU.

ARPU might be especially useful for planning acquisition activity if you’re comparing yourself to competitors, as we looked at earlier. If you’re doing a piece of competitor analysis and find a competitor with a lower ARPU investing a significant sum of money into Google Ads, for example, then this might be a trigger for you to look closer that this, or another, particular acquisition channel.

In selling your SaaS platform, you’re probably already working with buyer personas and using some sort of segmentation for your users.

The key point here is that we’re not going to create personas and segment users for the sake of it, but to get an idea of whether your business is focusing on the most profitable areas.

Even if you segment your users by the subscription tier they are on, you will gain great insights.

For example, you will likely find that your higher end or enterprise users will have a far higher ARPU than entry level users. However, many SaaS companies find that support costs for these segments are roughly the same. As a result, some SaaS companies choose to adjust their pricing or even remove their lower tiers altogether, if they’re providing very little profit for the effort needed.

Using ARPU to Determine the Success of New Products

Finally, you can use ARPU to tell you whether a new addition to your SaaS service is delivering increased revenue from new or existing customers.

Look at the two scenarios below:

In both scenarios, you could be selling the exact same number of products or subscriptions.

The difference is that in scenario two, the increase in ARPU comes because you are upselling existing customers, whereas in scenario one you are acquiring new customers.

CAC is far lower for customers you already have, and they’re more likely to upgrade and spend more money with you if they’ve already shown some loyalty to your brand.

How to Increase ARPU

In highlighting the benefits of using ARPU we have, at the same time, effectively been highlighting how to increase this metric. We have summarised the main ways of increasing ARPU below:

An Amazon Prime subscription in the United States is $12.99 per month.

As such, we know at the basic level that Amazon Prime’s ARPU is $12.99 per month.

However, we also know that, on average, an Amazon Prime member will spend $1,300 per year shopping on Amazon.

This means Amazon can forecast that each new Prime member is going to be worth $121.32 per month in total revenue, and thus make decisions around acquisition based on this figure and its internal data which will tell them their average CLTV.

How to Work with ARPU in Upodi 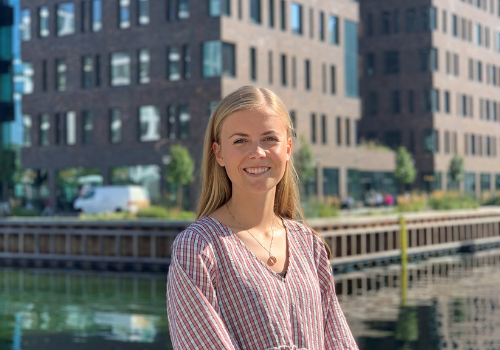 Mette N. Mortensen is a student employee with a thirst for Marketing. She is driven by her passion, and takes pride in providing the best results possible. As a Marketing Manager, her goals include providing relevant and exciting content, innovative solutions, and provide value to both company and customers. In addition to working at Upodi, Mette is taking her Master degree in Strategic Communication at Aarhus BSS.