There was once an entrepreneur who was successful in his home market. Each month, a box of inspirational products was sent out to his subscribers and they got value, inspiration and motivation to try new things.

In fact, things went so well that he began to consider whether or not there could be people abroad who would like to be inspired. After all, we are not so different from each other.

And not at all here in Europe...

How hard could that be?

It is then just a matter of making a language version of the website. Everyone pays with the same type of credit card - VISA and Mastercard are global, right? 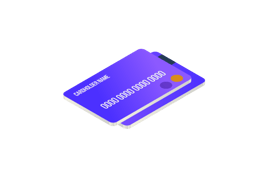 You could always start with Sweden. We seem pretty much like as the same.

It does not take long to create a “.se” version of the website and then it is otherwise just advertising, marketing and influencer marketing.

Website traffic is increasing rapidly. Possible subscribers are excited. They read more and more clicks on the round, friendly and welcoming button - "subscribe" because, as rightly assumed, they think it is exciting .... everything goes as it looks exactly as predicted.

Except for the "Abandoned Cart"!

At one point, the Swedes jump off.

Our entrepreneur looks into the data and sees that it is by "PAYMENT" that the potential customers jump off.

But don't they use VISA and Mastercard in Sweden?

Yes, they do. But they are also pretty excited about something called KLARNA. And the majority of Swedes prefer to pay online with KLARNA.

Then he tried Netherlands. They must use VISA and Mastercard in the Netherlands, so there he can just give it all with advertising and influencer marketing.

But… "same same but different", as his young target group would put it. Lots of traffic. Lots of clicks. Lots of interest. Lots of "Abandoned Carts" ... 😲😲😲 but what now?

In the Netherlands, they prefer to pay with something as exotic as iDeal.

Germany? same case. Except they prefer here [PayPal and Maestro]

Austria? here's a love for [BACS]

If only there was a software platform that supported different types of payment preferences in different markets - then it would all be much easier.

Well, but it does exist - and if you have ambitions to conquer more markets and not be affected by "Abandoned Cart Syndrome" then let's talk about how we (Upodi) can help you become the next "Goodiebox ".

You can catch us right here!

What is the difference between Upodi and a PSP?

Jakob knows a lot about a lot of things. Including (not excluding) fundraising, subscription based business models, IPA's and IPO's plantbased foods and barefoot running.